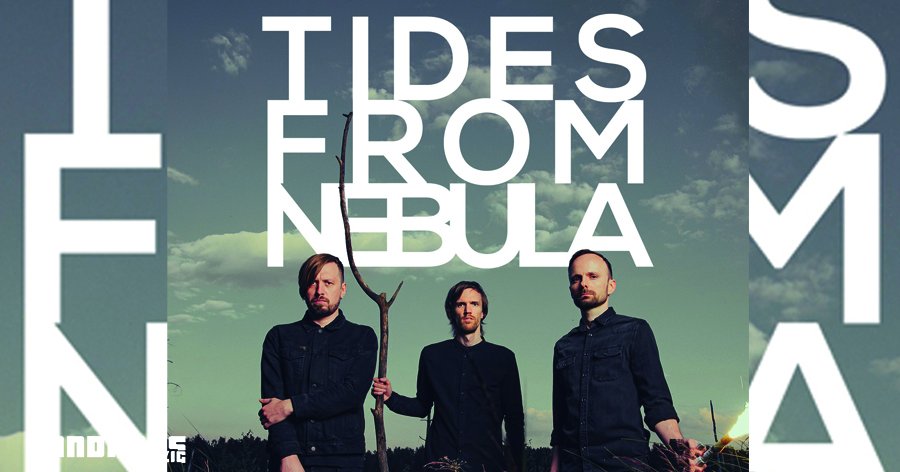 TIDES FROM NEBULA (PL)https://www.facebook.com/tidesfromnebulaofficialPresse:After a though last two years TFN is back, stronger than ever with 2 new singles, writted during

TIDES FROM NEBULA (PL)
https://www.facebook.com/tidesfromnebulaofficial
Presse:
After a though last two years TFN is back, stronger than ever with 2 new singles, writted during the pandemic time. The band prepared refreshed set, full of old classics and new epic tracks aswell.
Tides from Nebula was formed in early 2008 in Warsaw. Right from the beginning its line-up consisted of Maciej Karbowski, Tomasz Stołowski, Adam Waleszyński and Przemek Węgłowski and remain the same untill the end of 2018, when Adam has left the band, and TFN officialy became a threepiece.
But before that, they finished year 2018 in a spectacular way, playing a birthday show for 1000 fans gathered in their hometown Warsaw, Poland. As TFN is far from being a local band, they toured heavily all around Europe and Asia, expanding their fanbase gradually with each album. These days it’s not an overstatement to say, that they are one of the most respected and well known instrumental rock bands in Europe.
Their music could be described as rock, if it were not for the fact that they have never needed a vocalist. Tides from Nebula willingly points to ambient music as a source of inspiration, however, it is dynamicity and vividness that are most important in their compositions. Certainly, some of the stylistic influences which the band draws on are Oceansize, Deftones, Radiohead, M83, Niels Frahm, you name it. The production is brilliant, their sound has taken another step forward and is superbly well balanced and straight to the point. There are no vocals and no samples, but every song has a story to tell and together they form something special.
Discography:
‘Aura’ – 2009
‘Earthshine’ – 2011
‘Eternal Movement’ – 2013
‘Safehaven’ – 2016
‘From Voodoo to Zen’ – 2019

Special Guest:
IN2ELEMENTS (PL)
https://www.facebook.com/in2elements
In2Elements started in 2017 as a solo, instrumental project by guitarist Adam Szopa, inspired by ambient/post music. After releasing The World to Come EP in 2018 and a well-received full length album Cold in 2019, the project evolved into a full band to work on a new releases. Joined by Krzysztof Rutka (ex-Transmission Zero) on bass and Michał Szendzielorz (Gallileous) on drums the trio recorded the new material in Nebula Studio in Warsaw in December 2019, and released it on April 17th 2020, naming the new album Cycles.
Two years after releasing Cycles, In2Elements is coming back with a new album called „It’s Always Darkest Before the Dawn“ to be released in September 2022, exploring darker themes and heavier riffs. Stay tuned!